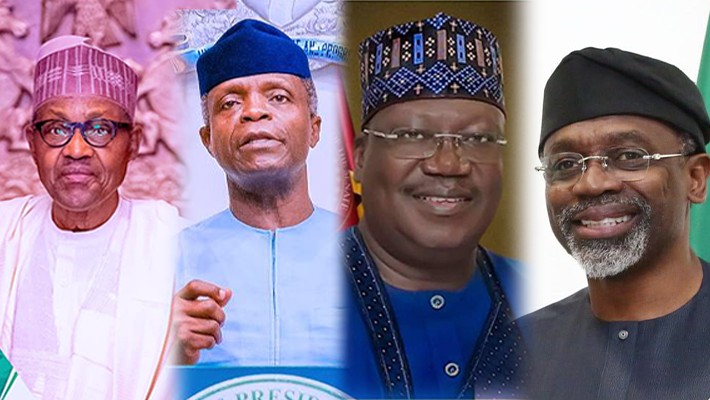 ‌Nigeria Third Worst Governed Country In The World – CGGI by dre11 (m ): 7:55a
Thus the CGGI ranked Nigeria 102 out of 104 countries with a score of 0.319 points, ahead of Zimbabwe and Venezuela.
OYINDAMOLA OLUBAJO
The Chandler Good Government Index, released for the first time, places Nigeria as the third-worst governed country in the world.
The report noted that the ability to handle corruption properly is the strongest indicator of good governance. Thus the CGGI ranked Nigeria 102 out of 104 countries with a score of 0.319 points, ahead of Zimbabwe and Venezuela.
The United States has often accused President Muhammadu Buhari’s regime of looting Nigeria with impunity.
In its 2020 annual report on human rights, the U.S. said Mr Buhari’s regime failed to take action to stem widespread looting using existing laws that criminalise theft in public service.
The country is also facing unprecedented terror attacks across its 36 states.
The index launched on Monday in Singapore and is collated on a scale of 0 to 1.
The CGGI explained that the ranking came during the COVID-19 pandemic, which exposed the strengths and weaknesses in institutions, laws, and leadership in countries as governance decides the success of these countries.
Worldwide, Finland topped the list with 0.848 points ahead of Switzerland and Singapore, but on the continent, Mauritius scored 0.5670, placing it at number 38 on the log and is Africa’s best performer.
The index used 34 parameters to measure the success of the countries. These include leadership and foresight; robust laws and policies; strong institutions; financial stewardship; attractive marketplace; global influence and reputation; and helping people rise.
“Although the law provides criminal penalties for conviction of official corruption, the government did not consistently implement the law, and government employees frequently engaged in corrupt practices with impunity,” the U.S. report said.
“Massive, widespread, and pervasive corruption affected all levels of government, including the judiciary and security services.”
The report also noted that the president, vice president, governors, and deputy governors have continued to enjoy the immunity clause in the Constitution that shields them from facing charges while in office.
Mr Buhari assumed office in 2015 on the back of a widely parroted claim of fighting corruption. He has, however, largely failed to live up to his promise to stem the menace, with criminal activities amongst his officials being regularly reported.
The president has also repeatedly looked away as his officials and political associates, including Tunde Fashola and Bola Tinubu, faced credible allegations of corruption.
The 2020 report also corroborated the corruption watchdog Transparency International findings, which consistently found that both Mr Buhari and his officials have been even more corrupt than previous governments they derided before coming to power.
The regime, however, pushed back against the claims of graft, with officials like information minister Lai Mohammed and presidential spokesman Garba Shehu attacking the conclusions of Transparency International and other NGOs as one-sided with insufficient parameters.
Mr Buhari’s regime has yet to react to the latest CGGI ranking.
https://gazettengr.com/nigeria-third-worst-