Miyetti Allah: Buhari’s Order To Shoot People With AK-47 Also Affects Amotekun by
nairalandankrah : 1:26am
The Miyetti Allah Kautal Hore Association has said that the order of President Muhammadu Buhari to security agencies to shoot anyone seen with AK-47 rifles also affects “Amotekun and other ethnic militias.”
The association added that it does not have any problem with the order because its herders do not carry AK-47 rifles.
The Miyetti Allah Kautal Hore National Secretary, Saleh Alhassan, stated this during an interview with SaharaReporters, noting that every non-state actor carrying rifles was bound by the presidential order.
Alhassan said, “First and foremost, our members don’t carry AK-47 riles. But if you have criminals that carry weapons, they are not state actors. So, if the President who is the Commander-in-Chief and whose responsibility it is to ensure law and order in the country, has given a directive, we should comply.
“Everyone, including vigilantes and Amotekun; I don’t think any law permits any non-state actor to carry AK-47 rifles. Since they started going after herdsmen in South-West, have they arrested anybody or have they killed anybody in the forests? At least, we should see their corpses. They are just displacing innocent herders.
“Amotekun officials should by this order stop carrying AK-47 rifles. It is implied… all these ethnic militias. When they say people are carrying AK-47 rifles, they are non-state actors and the government has waited for so long. Even those who got licences, did they get license for AK-47 rifles or just for pump action and dane guns?”
The presidential spokesperson, Garba Shehu, disclosed in an interview with the BBC on Wednesday that Buhari had ordered that anyone seen with AK-47 should be shot.
He added that the President had directed a clampdown on bandits who had refused to surrender.
On the efforts being made to rid Zamfara and other northern states of bandits, Shehu said the government was resorting to lethal force.
“The president has ordered security forces to go into the bushes and shoot whoever they see with sophisticated weapons like AK-47,” he said.
“He ordered that whoever is seen with terrible weapons at all should be shot immediately.”
Shehu had also said the Nigerian government declared Zamfara a no-fly zone following intelligence that arms were being transported to the bandits with private jets.
“These jets are being used to pick up gold that is being mined in some parts of Zamfara and exported. This is strong because at the moment, there is a Nigerian gold market in Dubai. The government is losing, the people of this country are losing, that’s why it is said that gold mining is banned for those who are not made by the government,” he said.
http://saharareporters.com/2021/03/04/buhari%E2%80%99s-order-shoot-people-ak-47-also-affects-amotekun-operatives%E2%80%94-miyette allah 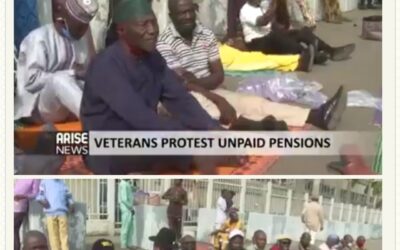