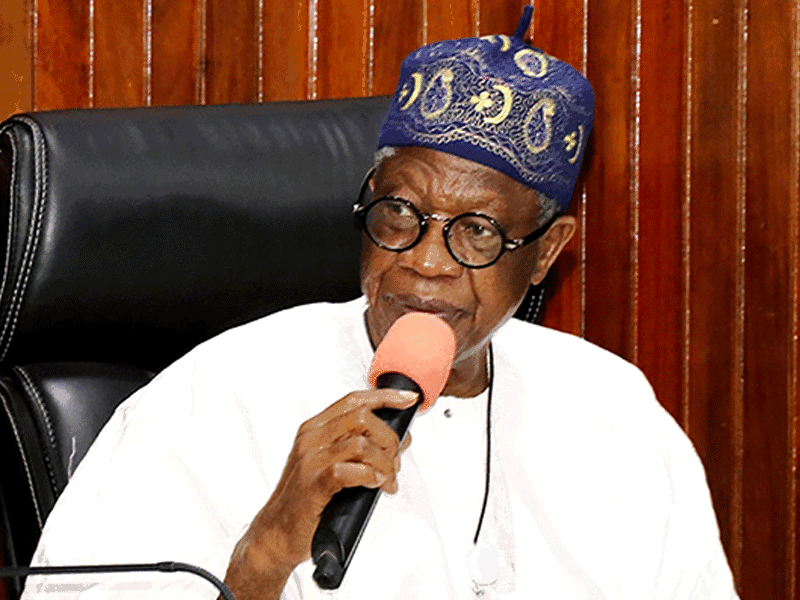 The Minister of Information and Culture, Alhaji Lai Mohammed, has condemned the Cable News Network (CNN) over its coverage of the riot at Capitol Hill on the United States and the Lekki Toll Gate shooting in Lagos.
Mohammed told THISDAY in an interview that CNN created division and concocted lies against Nigeria when the federal government insisted on regulating social media.
He said when a scenario similar to the Lekki incident occurred in the US on January 6, CNN categorised the US Congress attackers as “insurrectionists” while describing the EndSARS crowd at Lekki on October 22, last year as “peaceful” and “harmless” protesters.
The minister said CNN’s objection to the federal government’s attempt to regulate the social media ran against logic given that Twitter and Instagram also suspended the account of former US President Donald Trump for allegedly using the platform to spread fake news and make inciting remarks.
He said: “But when we said we must regulate the social media, the world took up arms against us. How come that the same CNN that invented lies against us is suddenly championing the crusade in America that social media must not be used for fake news and disinformation?”
He accused the EndSARS protesters of spreading fake news that incited anger which led to the killing of 37 policemen nationwide, adding it was fake news reported by the media, using social media, that led to the looting, killing and arson by hoodlums who hijacked the peaceful #EndSARS protest.
Mohammed said until the night of October 22, the EndSARS protest was peaceful until it became violent when hoodlums hijacked it.
He also described Amnesty International as an irritant and a purveyor of disinformation and fake news for castigating the federal government on its handling of the EndSARS protest.
Mohammed challenged the human rights group that said 12 protesters were shot at Lekki to appear before a judicial panel of inquiry with evidence.
“Give the names and addresses. Three months or 100 days after the Lekki shooting, if anybody has lost a relation, a son, a daughter or a ward, won’t she or he have come forward? Amnesty International is not a respecter of our judicial system. What it ought to do, if there is any judicial evidence, is to go before the judicial panel of enquiry or at least wait for the outcome of the judicial enquiry.
“Amnesty International is reproving the federal government, but as we speak, the American government is arresting and prosecuting every person that took part in the invasion of the Capitol Hill. They are also investigating the source of funding of those people. When Nigeria started it they went to court, forgetting that it is because Nigeria exists as a country that we are here. When one policeman was killed at the Capitol, it was an insurrection. If not because we were proactive, they were coming to the National Assembly and CNN did not see anything wrong in that. Amnesty is guilty of double standards. When the US refused a visa to ICC investigators, Amnesty did not find its voice. It should respect us as a sovereign nation and should stop vending lies, disinformation. Their purpose we don’t know, but this is very clear when it is Nigeria they find their voices when it is America, they keep mute,” the minister added.
https://www.google.com/amp/s/www.thisdaylive.com/index.php/2021/02/03/again-mohammed-berates-cnn-over-lekki-toll-gate shootin

← Prev: Re: Buhari Orders IG Adamu To Hand Over by Next: : US, UK Won’t Accept Buratai, Ex-service Chiefs As Ambassadors; Ex-NIIA DG by →