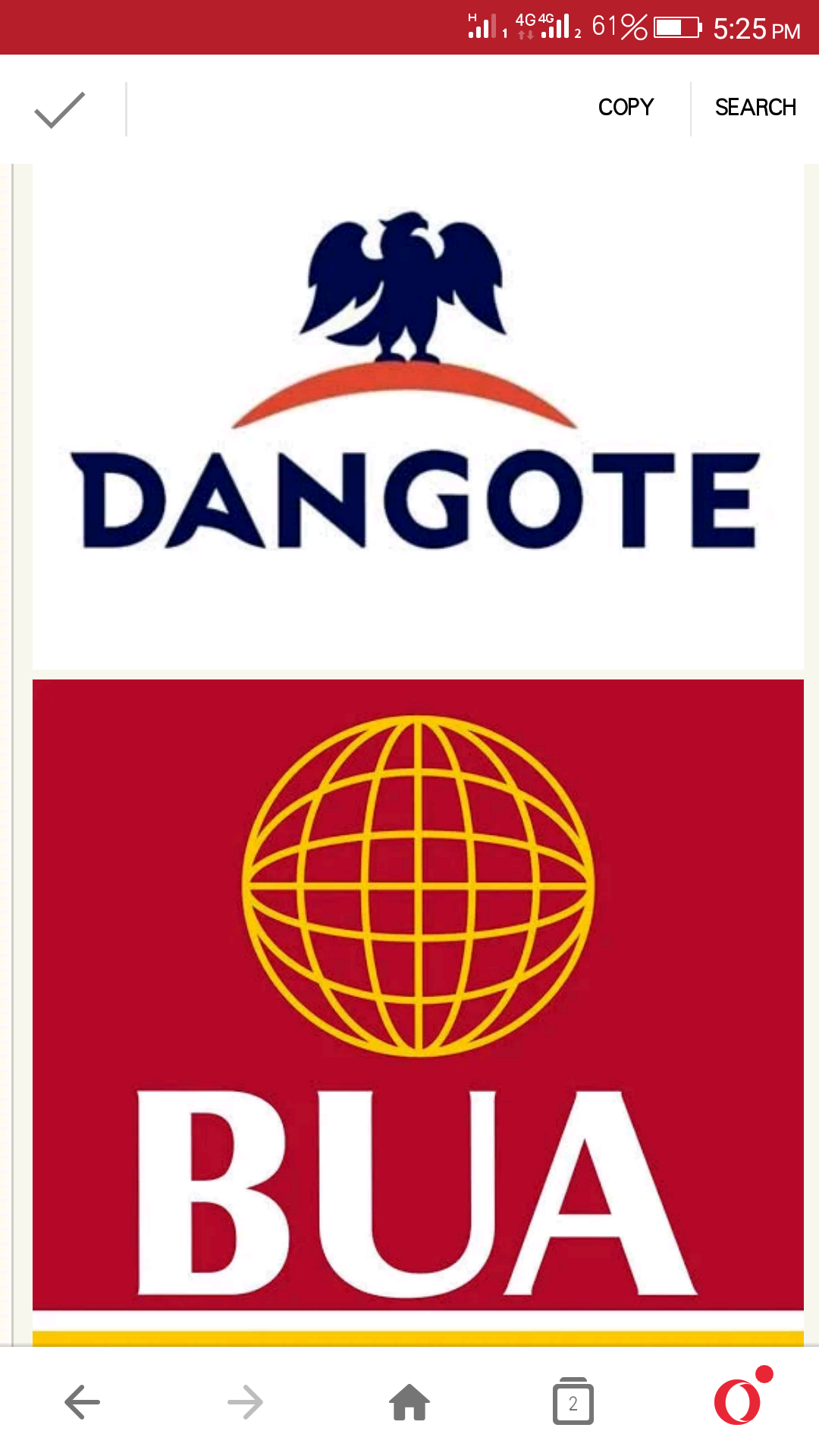 Why FG Exempted Dangote, BUA From Border Closure Policy by fergie001 ( m): 1:34p
FG exempts Dangote, BUA, gas firm from border closure
The Federal Government has exempted Dangote, BUA and a gas supply firm from its land border closure policy which came into force on the 19th of August, 2019.
Disclosing this to the Nigerian Tribune exclusively, Spokesman of the Nigerian Customs Service (NCS), DC Joseph Attah explained that these three firms were exempted due to the need for what they produce as export in other West African countries.
According to DC Attah who also doubles as the Spokesman for Operation En-Swift Response, the operational arm coordinating the border closure enforcement, “The Presidency, in its magnanimity, has approved the exemption of three companies, Dangote Cement, BUA and a gas supply firm from its border closure restrictions due to the need for what they export to other African countries.
“I cannot remember the name of the gas supply company now, but the company supplies gas to Niger and other West African countries.
“So as of now, these companies will be allowed to export their goods through our land borders to neighbouring countries.”
On whether the goodwill might be extended to other firms, the Customs Spokesman explained that he cannot comment on that since he is talking on what is currently available as of now.
“For now, only these three companies have been exempted. On whether the goodwill will be extended to others, I cannot talk on that since I am not in the Presidency. Ours is to carry out policies of government as regards the land border closure policy.”
Recall that Nigerian Tribune had exclusively reported that businesses and revenue-generating agencies located in the South West have suffered a dip due to the border closure policy that is in its 16th month as of November 2020.
Nigerian Tribune
6 Likes 2 Sh