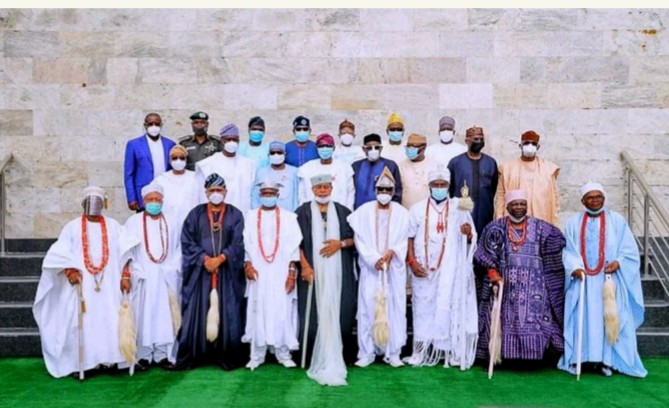 )
EndSARS: South West Monachs Blame Politicians’ Greed For Money For Riots by
NGpatriot: 7:00
Monarchs in the South West of Nigeria have blamed politicians for the recent #endSARS protest and unrest in the region that led to the destruction of properties in Lagos and other parts.
They also called for the urgent restructuring of the country to give more powers to the states.
The kings spoke at a post mortem meeting at the weekend in Lagos on the protests.
The monarchs expressed disappointment at the manner politicians had turned politics into money making venture at the expense of the interest of the youth.
They said that the high rate of unemployment among youths caused the agitation in the EndSARS protest.
“The governors have taken the right steps with this meeting. However, they have been far away from we monarchs. You should not wait till election days before you reach out to us. This type of meeting should come regularly.
“We know the good and the bad in our communities but we are under-utilised,´´ Ooni of Ife, Oba Enitan Ogunwusi, said.
The Alaafin of Oyo, Oba Lamidi Adeyemi, said the destruction had put the region in a complex situation.
“It is a complex and complicated matter. Our children are jobless and many are hungry. The problems are too much for the states.
“The states are not independent. The structure we run in Nigeria cannot allow state governors to do much for their states,´´ he said.
The Oluigbo of Ugbo, Oba Akinruntan Obateru, urged the Inspector General of Police to conduct detailed investigation into the incident and fish out those behind the protest.
The Oba of Lagos, Oba Rilwan Akiolu said that “truth is very bitter,´´ noting that majority of the problems were caused by politicians. 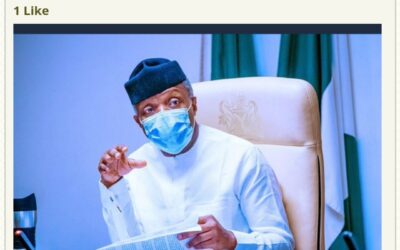