Shettima Yerima: Tinubu Destined To Be A Kingmaker, Not A King by nairavsdollars ( 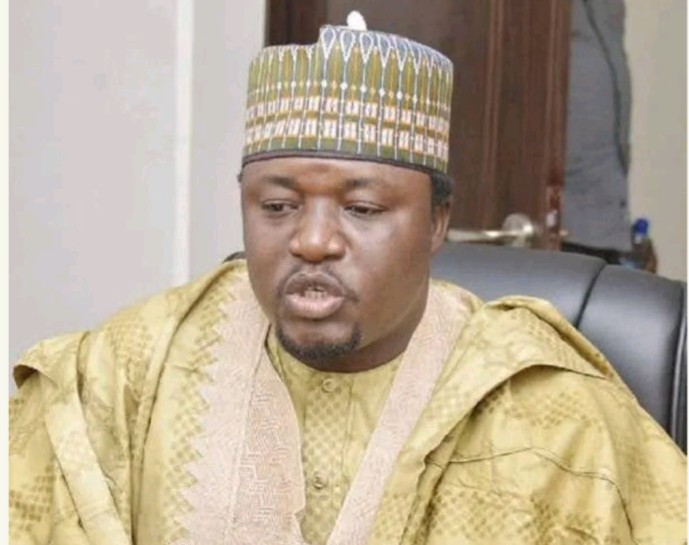 own )
Shettima Yerima: Tinubu Destined To Be A Kingmaker, Not A King by nairavsdollars  f ):
6:30am
Temidayo Akinsuyi, Lagos
Alhaji Shettima Yerima, President of Arewa Youth Consultative Forum has said recent developments in the polity, especially the fall-out of the #EndSARS protests has shown that the likes of Asiwaju Bola Tinubu, former governor of Lagos and national leader of the ruling All Progressives Congress (APC) are not needed as contestants in the 2023 presidential election.
Speaking in an interview with Daily Independent, Yerima who reiterated his earlier position that anyone above 70 years shouldn’t contest the presidential election in 2023 however said he will wait for Tinubu to make an official declaration on his presidential ambition before making his position known.
While attesting to the fact that Tinubu has done a lot in raising and mentoring younger leaders among whom are Vice-President, Governors, Ministers, Senators and others, he said Tinubu may be destined to be a kingmaker and not a king.
His words “The way the game is; as smart as he (Tinubu) is, and from what we saw from the distance, though some of us are privileged to be around him too, it is clear that he is not needed as it is today.
“People like him are not needed in 2023. So, you cannot continue to force yourself that this must be. Even though, let me not begin to put the cart before the horse because he has not even declared that he is contesting”.
So, for some of us, we have chosen to reserve our comments and wait until he declares. Then we will tell him exactly what we feel about him. But as it is today, there is no need overstretching ourselves ; let him declare his presidential ambition first”.
“I see him as one of those elder statesmen who have made positive impacts in the lives of the younger generation. He has made a lot of people and today, we can point and say these are things he has done especially to younger ones who were opportune to work under him. He has elevated them politically and they are doing well in different fields”.
“We can mention several governors, senators, ministers and others out of his goodwill. How many Nigerians do we have today that can point out what positive things they have done in the lives of their people?”
” So, take it or leave it, he has done his best in raising younger leaders”.
“But sometimes in life again, there are those who make kings but they themselves cannot be king. Probably it is his destiny. He can make kings but he cannot be king. But there is nothing wrong in that because you can be father to the king”.
https://www.independent.ng/people-like-tinubu-not-needed-in-2023-shettimma/;